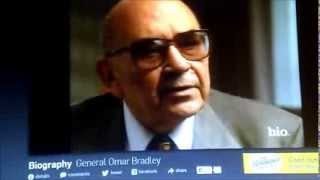 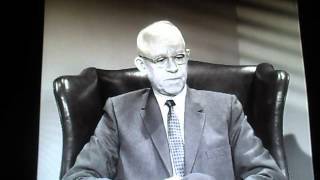 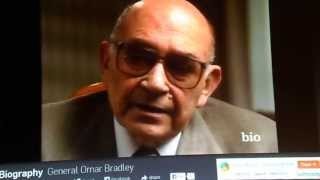 Blumenson on Bradley's Decision at Argentan, A & E Documentary, 1994 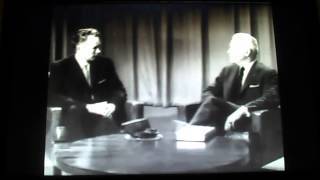 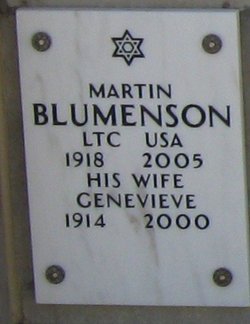 In 1943, Martin Blumenson was enrolled in OCS at Camp Barkeley, Texas, training as an Officer in the Medical Administrative Corps, when a call went out for men who had education in history or journalism. Blumenson, a Phi Beta Kappa History major at Bucknell University ('39), held Masters degrees from his alma mater ('40), as well as from Harvard University ('42). He raised his hand. It was one of the few times when volunteering was a good idea. Martin told me that when he was commissioned an Officer in the Army of the United States, his father, a Russian Jewish immigrant, cried with pride.

Blumenson was sent to the Pentagon where he was part of a group of professional historians under the supervision of Brig. General S.L.A. Marshall, called “Slam” (1900-1977), a journalist and one of the fathers of the academic study of American Military History. Initially expecting to be sent to the Pacific Theater under Gen. Douglas MacArthur, he soon happily found himself in England, and attached to General George S. Patton’s Third Army and later, General Alexander Patch’s Seventh Army as a Combat Historian.

After the war, Martin remained in Europe as a civilian historian, frequenting and playing piano in the jazz clubs of Post War Paris. There he met and courted Gève, a beautiful young widow of a Resistance fighter and mother of a small boy, John. They were married for more than half a century.

Recalled to active duty during the Korean War, he wrote many studies and monographs about that conflict, and was Commanding Officer, 3rd Historical Detachment, as well as Historian, Joint Task Force SEVEN. From 1952, he was a historian with the U.S. Army’s Center of Military History. There he authored two volumes in the Army’s Official History of World War II, Breakout and Pursuit, about the Normandy Campaign and Salerno to Cassino, about the Italian Campaign. He also prepared for publication The United States Air Force in Southeast Asia: The Advisory Years to 1965, and collaborated on a number of other studies. He is also the author of critically acclaimed biographies of Generals Mark Clark and George S. Patton, and he was selected to be the official editor of Patton’s Papers by the General’s family.

After retirement from government service, he wrote several comprehensive studies of the Battle of France, including The Duel for France, The Battle of the Generals, and Liberation, as well as Kasserine Pass, Anzio: The Gamble that Failed, Bloody River: The Real Tragedy of the Rapido, and Sicily: Whose Victory, as well as many dozens of journal articles, book reviews, and forewards for other books.

Martin was a distinguished independant scholar and educator, holding the Ernest J. King Chair at the Naval War College, the Harold Keith Johnson Chair at the Army War College, the Mark W. Clark Chair at the Citadel, as well as professorships at the U.S. Merchant Marine Academy, the National War College, the University of Texas, Bucknell University, University of Nova Scotia, and George Washington University. He was awarded the Bronze Star Medal and the Army Commendation Ribbon, and retired as a Lt. Colonel, USAR. He held several honoraray degrees and awards, including Litt.D., Acadia University (1972), Alumni Award for Meritorious Achievement (1973) and Litt.D. (1976), both from Bucknell University, and the 1995 Samuel Eliot Morison Prize of the Society for Military History, for his life-time contributions.

For more than six decades Martin was soldier, author, teacher, colleague, advisor, and mentor to generations of historians, both professional and amateur, giving freely of his time and wisdom. When I first contacted him about my hope of writing a biography of Major General Maurice Rose, he encouraged, guided, and supported me. He offered his help generously, even suggesting that I had taught him things that he had not known before. It is hard to describe how that made me feel; I was a teenager in the early 1960's when my father bought me Breakout and Pursuit, 45 years ago.

This web-site page presents his work to the people he respected, the men and women of the profession, and his fellow citizens.

Reviews of Breakout and Pursuit (1961)

Available on JSTOR
"Beyond the Beaches", Military Review, September 1962 (472 KB)

Reviews of Bloody River: The Real Tragedy of the Rapido (1970)

"The Patton Legend: How It Started and Grew," Army Magazine, July 2004 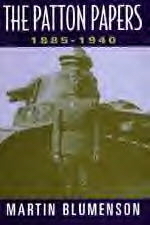 Personal Statement
I am one of the last of those mentored by Martin Blumenson. That was a great priviledge but also carries responsibilities. At his (and Gève's) Memorial Celebration at the Cosmos Club, April 26, 2005, the list of those asked to speak included friends and family, including truly great historians, like Stanley Falk and Bevin Alexander. Many other prominent members of the profession were pointed out to me. They spanned all of the generations of those Martin mentored. The widow of MG George S. Patton (1923-2004) spoke movingly of Martin and the special place he held in their family. Friends, and children of friends put the man in a personal context for the audience.

As one of the last of those he guided, I spoke on my own behalf, but also read a Remembrance from Carlo D'Este, which is available here, and which evoked the experience of the last few generations he befriended.

This web-site offers a portal to his work on the history of the US Army and other topics. On-line texts and bibliographic support will, I hope, help insure that his voice will continue to influence the great questions that still shape the historical inquiry into the institution he served so long, so honorably, and well. 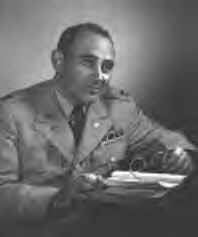